What are the buying and selling intentions for homes in the Greater Montreal area over the next five years? This is precisely what a vast survey on the Quebec residential real estate sector, conducted in the fall of 2022 by the Léger firm, reveals.

Read on to discover the highlights of this project by the Fonds immobilier de solidarité FTQ, the Société d’habitation du Quebec, the Quebec Professional Association of Real Estate Brokers (QPAREB) and the City of Montreal’s Housing Department. 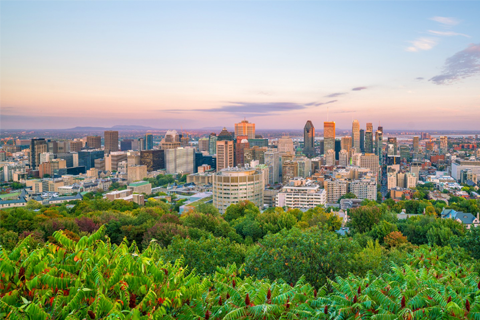 1. The Importance of Green Housing

According to the results of the survey, 59 per cent of future homebuyers in the Montreal census metropolitan area (CMA) would be willing to pay more for a property with a low environmental impact. This proportion is higher than the provincial average, despite the fact that sustainable housing can be associated with savings or increased resale value.

Similarly, 34 per cent of future homebuyers and homeowners in the Greater Montreal area feel they have enough information to assess the environmental impact of a home. That being said, 72 per cent of respondents would like to have more uniform criteria for analyzing the environmental responsibility of a building.

This interest in green buildings is less pronounced among renters, however, with 56 per cent of them willing to pay more to enjoy a home with a low environmental impact. Furthermore, only 28 per cent feel they have enough information to evaluate the ecoresponsibility of their home.

According to Martin Raymond, Senior Vice President of Real Estate Investments at the Fonds immobilier de solidarité FTQ, these results confirm the need for more information in this area: “With the right tools, people will be able to make informed choices that will benefit the environment, our communities, and future generations,” he believes.

Furthermore, the results of the survey show that energy performance is the first criterion for evaluating ecoresponsibility. Owners would then consider the durability of materials and a location that favours active transportation, and vice versa for tenants. Soundproofing would also influence the intention to buy a condominium or to rent an apartment.

The 2022 edition of this survey reveals that 24 per cent of respondents would like to buy a home within the next five years. Despite the uncertainties of the real estate market and the increase in interest rates, 13 per cent would plan to buy a home in the next two years, the same proportion as in 2021.

According to Charles Brant, director of the QPAREB’s Market Analysis Department, the rapid increase in prices and rising interest rates have mostly had a negative impact on young buyers - mainly because of their financial situation - without necessarily having an impact on all households. That said, 28 per cent of respondents would prefer to move to an urban area if prices were more affordable, compared to 24 per cent in 2021.

What about the time it takes to raise the down payment? While 28 per cent of prospective homeowners need three to five years, 24 per cent believe it will take less than a year. In addition, the survey revealed that buyers in the CMA differed from the rest of Quebec in that 32 per cent were able to put down a down payment of 20 to 30 per cent of the cost of the property, compared to 25 per cent the previous year. These results are well above the provincial average.

In addition, 28 per cent of renters surveyed said they rented an apartment because they could not afford a property in their neighbourhood. This compares with 22 per cent in 2021. In addition, only 49 per cent would like to move within five years, compared to 59 per cent during the same period last year. High rents and the shortage of housing in the Greater Montreal area could explain this situation.

3. The Popularity of Remote Work

The Léger survey found that Montreal is the champion of remote work satisfaction, with 92 per cent of workers surveyed finding the experience positive or very positive. This rate has been steadily increasing since 2020. Among the most important evaluation criteria were the estimated monthly savings of $133, as well as the reduction in commuting time. The result? More people hope to have an enclosed room dedicated to this activity in their future property.

All in all, this survey validated buying and selling intentions, as well as the impacts of the pandemic and the environment on consumers’ residential choices. To follow the evolution of Montreal’s real estate market, consult the QPAREB’s barometers and detailed monthly statistics. You’ll find a wealth of information to help you decide if now is the right time to make your project a reality.