Residential Sales Increase by 3 Per Cent in June 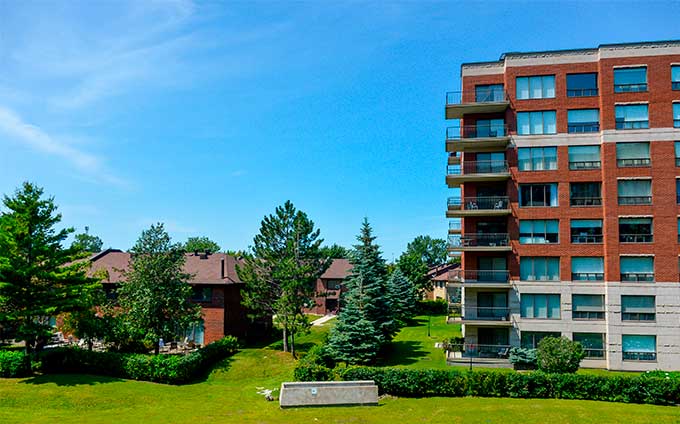 The trend of the last few months continued, as condominiums dominated the market once again. In June, condo sales were up by 7 per cent. Sales of single-family homes – the most popular type of property – grew by 2 per cent while plex sales fell by 4 per cent.

Geographically, most of the province's census metropolitan areas (CMAs) registered an increase in sales. Gatineau posted the largest increase (+28 per cent), followed by Québec City (+4 per cent), as well as Montréal and Sherbrooke (+1 per cent). Sales were unchanged in Trois-Rivières and decreased by 12 per cent in Saguenay. 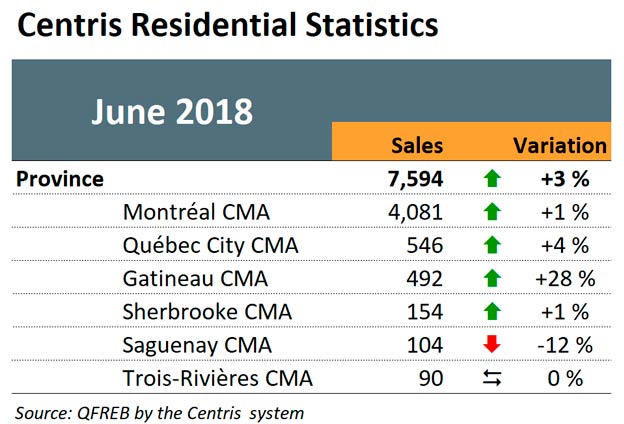 Here is the median price of single-family homes in the province’s six CMAs in June 2018, as well as their variation as compared to June of last year: