Once again, condominiums dominated the market with sales up by 12 per cent. On the other hand, single-family homes and plexes posted 3 per cent decreases.

The Census Metropolitan Areas (CMAs) of Montréal and Saguenay (+5 per cent in both cases) were the only ones to register positive results. Decreases were observed in Québec City (-1 per cent), Sherbrooke (-11 per cent), Gatineau (-16 per cent) and Trois-Rivières (-29 per cent). 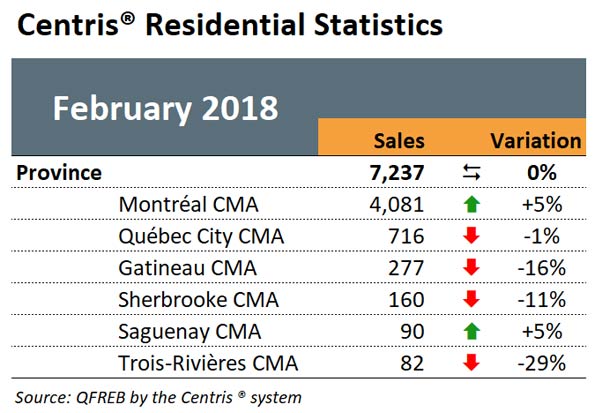 Here is the median price of single-family homes in the province’s six CMAs in February 2018, as well as their variation as compared to February of last year:

Buying a Home Using the HBP