Home buyers in Québec were out in full force in April. Data from the real estate brokers’ Centris® provincial database indicate that sales jumped by 13% compared to April 2017. 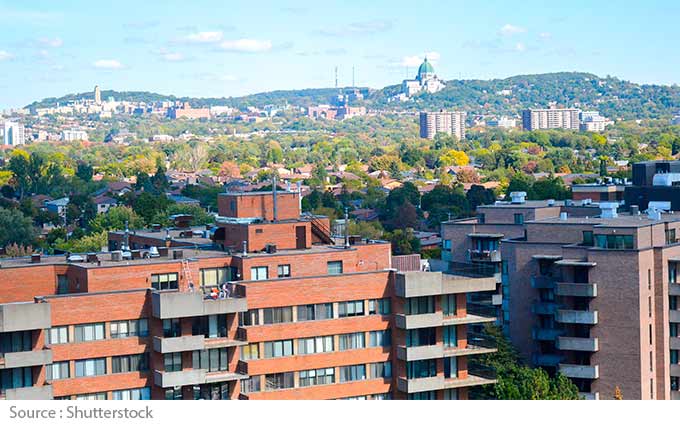 Condominiums continued to dominate the market, as the number of transactions rose by 21%. Sales of single-family homes (+11%) and plexes (+8%) also posted significant increases.

Geographically, all of the province's census metropolitan areas (CMAs) registered substantial increases in sales, with the exception of Sherbrooke (-2%). Saguenay (+47%) led the way, followed by Trois-Rivières (+28%), Québec City (+25%), Gatineau (+17%) and Montréal (+10%). 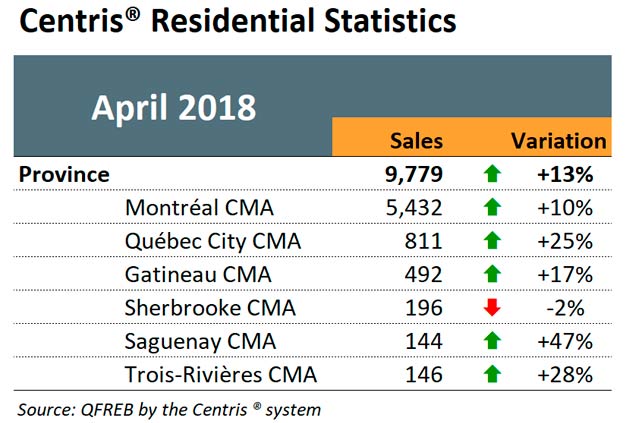 Here is the median price of single-family homes in the province’s six CMAs in April 2018, as well as their variation as compared to April of last year: